Art Hamptons: The Original Fine Art Fair of The Hamptons 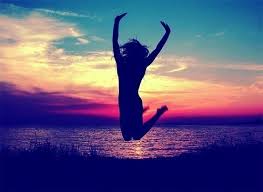 Well it’s officially Summer…
And of course I had to go on a little hiatus in order to attend all the fabulous events that officially kicked off the Season. And as you know… Summer isn’t Summer… without an event in the Hamptons.
This year Summer was kicked off with the Arts Hamptons Preview Party, which was held at an opulent private estate, a Lumber Lane Reserve in Bridgehampton, in one of the most exclusive neighborhoods in the Hamptons.

This  year the fair moved up one week to take advantage of the most populous weekend of the year – Independence Day weekend. Historically, the July 4 weekend is the “official kick-off” of the summer season and the Hamptons region experiences a substantial spike in its population.

The long, three-day holiday weekend gave Hamptonites more time to plan the fair into their social calendar. Opening Night Preview was hosted by Beach Modern Luxury and Art Hamptons was positioned as one of the leading attractions of the 4th of July weekend, not only for second homeowners and their guests, but for year round residents and visiting tourists. As in past years, Art Hamptons remains the first art fair of the summer season and where Hamptonites go to acquire their fine art.

Events at a Glance