Photoville brings a little music and street art to Brooklyn

Festival Will Take Place September 10-20 in and around 65+ Shipping Containers in Brooklyn Bridge Park and Opening Night Programming Curated by Beckman Includes: 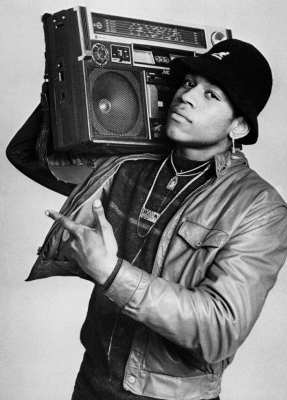 From September 10 through 20, United Photo Industries (UPI) will present Photoville 2015, a pop-up photography village populated by 65+ shipping containers repurposed into galleries onBrooklyn Bridge Park’s Pier 5 Uplands. The festival, which in the four years since its founding in 2012 has become NYC’s largest annual photographic event, is a celebration of community—both the community of photographers and the larger community of people who come together to experience photography, eat, drink and dwell at the groundbreaking free public event. For the festival’s opening night, September 10, UPI has given the programmatic reins to the iconic photographer Janette Beckman, who has curated two events showcasing the work of her community of music photographers and street artists. The events will take place in theSmorgasburg Beer Garden at Photoville, culminating the first day that Photoville’s dozens of exhibitions will be open to the public.

Photoville will open at 4pm on September 10. The opening night program begins at 7pm with a slideshow of artists featured on The Fence, UPI’s 1,250 foot-long, outdoor photo installation along the greenway in Brooklyn Bridge Park, which opened in June and remains on view until Photoville ends on September 20. Following The Fence slide show, UPI presents Beckman’s Down & Dirty, a multimedia projection show she has curated, featuring iconic and lesser-known images by some of the most prominent figures in music photography, including Mick Rock, Roberta Bayley, Adrian Boot, Danny Clinch, Bob Gruen, Mel D Cole, Michael Putland and Jonathan Mannion. Following the opening night slideshow, Down & Dirty will remain on view as an exhibition, in its own shipping container, throughout Photoville.

The evening will also include The Mash Up, for which Beckman has invited artists Cey Adamsand Andrea von Bujdoss (aka Queen Andrea) to graffiti larger-than-life prints of her signature portraits of Chuck D and LL Cool J, installed on the side of two double-stacked shipping containers. Members of press are welcome to see Adams and von Bujdoss creating The Mash Up on September 7 & 8.

About the Opening Night Artists

Janette Beckman began her career at the dawn of punk rock working for The Face and Melody Maker. She shot bands from The Clash to Boy George as well as three Police album covers. Her portraits celebrating this music and style are collecting in Made in the UK: The Music of Attitude, 1977-1982 (PowerHouse Books 2005). Moving to New York in 1982, she was drawn to the underground hip-hop scene. Her photographs of pioneers such as Run DMC, Slick Rick, Salt n’ Pepa, Grandmaster Flash, Big Daddy Kane and the 1980s style are collected in The Breaks, Stylin and Profilin, 1982-1990 (PowerHouse Books 2007). Several of them are featured in Down & Dirty.

Janette’s photographs have been in exhibited in galleries around the world and are currently on display at the Museum of the City of New York in theHip Hop Revolution exhibition until the end of September.

Janette lives and works in NYC and is the New York editor for the British style and culture magazine Jocks & Nerds.

Andrea von Bujdoss is a New York City-based graphic designer, illustrator and graffiti artist. A native New Yorker raised in the vibrant Soho neighborhood of Manhattan, Andrea has been deeply inspired by the urban landscape from an early age. As a teenager, she befriended some of the most prolific old school graffiti writers and actively taught herself the complicated artform of graffiti. This early love of letters eventually developed into a comprehensive expertise and versatility in many typographic styles.

Andrea earned her BFA in Graphic Design from Parsons School of Design and began a successful career, working for worldwide brands and design studios who appreciate both the urban creative flavor of her work and her versatile and passionate knowledge of typography, branding and visual communication.

Andrea has spent 15 years perfecting her typography and design skillset. With over 10 years of personal client and agency experience on widely varied brands and campaigns in branding, editorial, advertising, entertainment and fashion, Andrea continues to passionately build her knowledge and expertise.

For these two weeks, UPI founders Sam Barzilay, Laura Roumanos and Dave Shelley and their team transform the 74,000 sf. space along on the East River into an immersive photography village populated by 65+ shipping containers repurposed into galleries. In addition to exhibitions in and on the containers, Photoville offers nighttime projection programs curated by Getty Images, The New York Times Lens Blog, PBS’ POV series andNational Geographic; panel discussions and artist lectures; PhotoShelter professional development seminars; hands-on workshops; tents with vendors, publishers and gear demonstrators; and a beer garden with a range of food vendors by Smorgasburg. Photoville is open to the public—all ages, dogs included—free of charge, making it unlike any other photo festival in the world.

In the few years since its inception in 2012, Photoville has become the largest annual photographic event in New York City, and one of the most attended photographic events nationwide. Last year Photoville drew over 71,000 visitors, industry professionals and general public alike—an unparalleled opportunity for photographers to have their work seen. No other museum, gallery or festival exposes work by such a wide range of artists and photojournalists to so many people in so little time, for free.

Exhibitions Presented in (and Outside of) 65+ Shipping Containers Will Include:

Photoville’s education initiative will be conducting free workshops and tours to NYC public middle and high school students. Photographers and curators participating in Photoville will be volunteering their time and insights to work with these lucky students.

Special events will include PhotoShelter’s Photographer Peer Review Happy Hour, on Friday, September 11, from 6:30pm to 7:30pm; and Daylight Books Fall 2015 Pre-Launch Signing, on Sunday, September 20, from 5pm to 7pm.

The New York Times Scavenger Hunt will offer a photo hunt hosted by the @nytimes Instagram team, on Saturday, September 12. They will post a series of clues that will lead participants through Photoville and Brooklyn Bridge Park.

The New Pavilion Tent will host over 16 panels and workshops featuring the most innovative work and pressing issues in photography today. Highlights include a teaser screening of Fight Love with Hate, by MediaStorm, and a Q&A with the director; an Instafeed Review featuring some of the most popular Instagram photographers working today; and a RISC battlefield medical response workshop for journalists working in dangerous and remote areas.

Photoville 2015 has partnered with several Brooklyn cultural events including Brooklyn Book Festival as an official Book End event on September 20, 2015.

Photoville is produced by United Photo Industries and presented in partnership with Brooklyn Bridge Park, Photo District News (PDN), Two Trees Management, the Consulate General of the Kingdom of the Netherlands in New York, Smorgasburg, and the East River Ferry, the official transportation sponsor of Photoville.

Photoville was made possible with the additional support of Duggal Visual Solutions, Getty Images, Instagram, Brooklyn Brewery, and the DUMBO Business Improvement District.

United Photo Industries brings the photographic community together by presenting photography installations and events in unique locations off-the beaten path where the focus lies in content and is accessible to people from all walks of life.

Sam Barzilay, Dave Shelley and Laura Roumanos launched United Photo Industries in 2011. In their new ground-floor gallery space at 16 Main Street (until recently the site of Galapagos Art Space) in DUMBO, they work with the ambition and energy of an idealist start-up to identify, harness, and conjure unexpected exhibition opportunities, champion new directions in photography and cultivate ties within an ever-expanding, globe-trotting community of photographers.

Over the past four years, United Photo Industries has rapidly solidified its position in the public art landscape by consistently showcasing thought provoking, challenging, and exceptional photography from across the globe.

Proudly devoted to cultivating strategic partnerships, creative collaborations, and community spirit, United Photo Industries has presented dozens of public art installations in partnership with a number of agencies and organizations, including the NYC Department of Transportation, the UN High Commissioner for Refugees (UNHCR), the NY Department of Parks, NY Waterways and the East River Ferry, the DUMBO BID, and numerous arts festivals both domestic and international.

The marquee event UPI produces each year is Photoville, New York City’s premier free photo destination. A modular venue built from re-purposed shipping containers, Photoville creates physical platform for photographers of all stripes to come together and interact—and for audiences to experience their work. Photoville each year exhibits hundreds of artists, with dozens of exhibitions, talks & workshops, and nighttime events in an outdoor beer garden.